The Fisherman’s Tale. (Author Unknown)
There was a businessman who stood at the pier of a small coastal village in Mexico. A fisherman docked his small boat, where he had several yellow fin tuna. The businessman complimented him on the quality of his catch. “How long did it take you to catch them?” he asked. “Only a little while,” the fisherman replied.
“Why don’t you stay out longer and catch more fish?” the businessman asked. The fisherman said, “Well, I’ve caught enough to support my family’s needs for today.”
“So what do you do with the rest of your time?” asked the businessman, slightly incredulous. The fisherman said, “Hmm… I sleep in, fish a little, play with my children, take a siesta with my wife, and then in the evening, we stroll into the village to sip wine, play guitar, and spend time with our amigos.”
The savvy businessman scoffed. “I have an MBA, so let me help you. If you spent more time fishing, you could buy a bigger boat. With the proceeds from the bigger boat, you could buy several boats, and eventually you’d have a fleet. And then, instead of selling to a middleman, you could sell directly to a processor and eventually open your own cannery and brand. You’d then control the product, so you’d need to leave this little village and move to Mexico City, then on to Los Angeles, then eventually New York City, where you’d run your enterprise.”
The fisherman quietly listened for a bit, paused, and then asked, “How long will all this take?” “Fifteen to twenty years,” replied the businessman. “Starting and growing a business takes time and dedication.”
“Then what?” the fisherman asked. “Then you’d retire,” answered the businessman. “You could sleep in, fish a little, play with your grandchildren, take siestas with your wife, and in the evenings stroll into the village to sip wine, play guitar, and spend time with your amigos.”
“But aren’t I doing that already?” replied the fisherman. 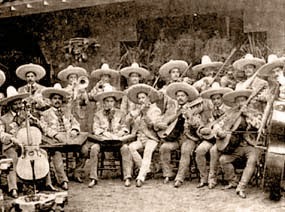 Email ThisBlogThis!Share to TwitterShare to FacebookShare to Pinterest
Labels: a Fish Tale

A farmer walks into a car dealership.  He is wearing dirty coveralls, his hands and face could use a washcloth and soap, his appearance shouts that he just recently hopped off his tractor and strolled on in just before closing time.


“It’s your turn Les” said the older, more seasoned salesmen sitting around the desk and taunting the young rookie, snickering as he approached the old man. .  After all, their experience and wisdom gave them the skills to size up and qualify any walk-in, and Les being the new guy had to experience his own disappointments if he were to one day become a top salesman.  They could read a walk-in by appearance alone, and knew the poor old farmer had no money.


I make it a point to always buy from the same salesman/saleswoman if they have been helpful and courteous.  After all, I have worked as a salesman and know firsthand the importance of establishing a bond with the customer.   I had developed a relationship with a salesman at Radio Shack, a store where I frequented often.  My first visit was usually to browse and then I followed up a few days later with a purchase, usually from Tim, the top salesman.  Tim knew my history, and I was always certain to make my purchase on the days he worked so he could benefit from the commission.


Over the years I have purchased at least 5 computers from Best Buy as well as Audio equipment, Tablets and numerous other items.  The sales staff changes frequently so I usually give my business to any staff member who approaches me for assistance. I never see the same face.


Twenty years passed and I began a one-year journey as a car salesman.  Les, now the seasoned professional took me under his wing and imparted his experience onto me.  He taught me a very valuable lesson on prejudging a potential customer.  It appears that the old farmer who strolled into the showroom long ago was not only ready to purchase a new vehicle; he was buying two, for cash!  Later that week the farmer was so pleased with his purchase, and the help he received from the young salesman, he referred a few other members of his family and some friends.  By the time I met Les, decades later, he was perpetually busy, customers constantly calling, visiting, purchasing and referring their friends and neighbors.  Les was now actually selling cars and trucks to the grandchildren of his original customers. He learned very early never to prejudge, show kindness and consideration to all, and be mindful that those who came by to “just look” would often return later to buy. He was also friendly to the customers of the other salesman. Les outlasted all the others; eventually their customers becoming his.  He was quite successful and a pleasure to know.


I had cash in my pocket and returned to Radio Shack ready to purchase the expensive organizer I had my eye on earlier in the week.  I waited patiently while Tim assisted other customers, not in any real hurry as I had time and wanted Tim to be able to make as much commission as he could that evening.  While gazing at my future purchase beneath the glass counter I overheard one of Tim’s customers offer to wait while he could assist me because they were still uncertain of their readiness to buy.  Tim told the couple he would continue on with them because I was “just a looker, never a buyer”.


At that point I left the store, angry and humiliated as I drove miles away and plopped down my payment for the exact item giving another salesman a nice commission.  I never purchased from Tim again.  He eventually left the business.


I am not the most tech savvy person, but I am eons ahead of most people my age.   No I am not a 20-40 something but I can talk shop with most of the Best Buy staff, and if I don’t quite understand something I quickly catch-on.  I am like  that old farmer, a much younger store staff sizing me up on entrance, usually preferring to deal with customers their own age, and possibly thinking they would have to explain too many things to me.  The lucky sales person who will eventually approach me makes a commission that very day. I am always ready to buy.
Posted by at 6:35 PM No comments: