Monthly I visit a local pharmacy and upon entry you are hit with the “theme of the month” display.
Of course September means "back-to-school" items are prominent.


Does this sound unusual to you?


This is a little small town drug-store, somewhat dated décor, with the feel of a former era of prescription fillers.
No longer available is the old time lunch counter and lacking are large well-lit aisles bursting with groceries, hardware, automotive supplies and “as-seen-on-TV” gift items found at larger chain competitors.

The super pharmacies have long ago packed away their back-to-school goods and have moved on to selling Thanksgiving turkey deep fryers, cans of pumpkin and cranberry sauce along with the get ready for winter snow salt and shovels.

Christmas displays are currently under construction.


By the time Halloween arrives next month you’ll be able to begin purchasing your Valentine’s Day cards.


If you plan to hand out Halloween candy you would have had to purchase your Snickers and Reese’s in June.


When Halloween arrived I was not one of those kids that planned their costume for weeks in advance. I was simply one of the candy opportunists who, at the last minute, cut two holes in a Flintstones bed sheet, grabbed a grocery bag and began hopping porch to porch; one of the few benefits of living in a city row house.


You could start early, clean up quickly and be home before all those “creative costumer's” could navigate their first set of steps wearing their bulky handcrafted Rice Krispies cereal refrigerator box.

Those kids had to waddle the neighborhood at such a slow pace they would be left with the unwanted scraps; Necco Wafers, Granny Smith apples and maybe a handful of pennies as the residents ran out of handouts quickly with all those neighborhood candy glutton porch-jumpers.

The real greedy ones would turn the bed sheets inside out and begin again.

You eventually learned that returning home too quickly was also avoided. Parents always wanted to inspect your booty for what they called “your own good”.

One could always tell they feigned searching for needles, razor blades and narcotics that somehow were always discovered in the Snicker’s, Reese’s and Three Musketeers bars, confiscated, leaving you with Necco Wafers, suspicious Granny Smith apples and a handful of pennies.


Somehow a portion of the confiscated goods were saved for a late arriving cousin wearing a Rice Krispy refrigerator box.


Mom and Dad somehow always had a suspicious ring of milk chocolate around their mouths.

You learned to find a place to bury your fortune away from neighborhood treasure hunters, squirrels and siblings.


These days we don’t do Halloween, and haven’t for many years.

By 4PM every all hollows eve we scamper outta Dodge to an early dinner and Christmas shopping, sans the crowds.


We do find gifts even though we navigate around Valentine’s Day cards and Whitman’s heart shaped chocolates.


I learn from neighborhood gossip just how active the night became. The city porch jumpers of a bygone era have become better organized and now transport busloads of candy gluttons to the suburbs in mini-vans and double decker tour buses similar to those found in London and Philly Tours.


Mrs. Jaygerardtoday and I usually lie in wait until we are certain the last vestiges of weeners have gone off in search of greater fortunes in other hoods.


We slink into our Lay-Z-Boys and relax, usually satisfied we beat both crowds that evening.

It is, however, inevitable that at some point a knock on the door is heard only to find some kid in a Rice Krispies box standing there with his booty bag opened for a handout.


It’s a good thing we picked up a pack of Necco wafers while we were out.

Some of my childhood memories of Ghosts and monsters were blogged here in 2013.
If you have time read this oldie.


If at first you don’t succeed, try 2 more times.


We have all heard the old adage” third time’s the charm”.


The reasoning is that after 2 tries you are most likely to be successful on the third attempt.

Someone should have told that to Thomas Edison, who it is said made 1000 attempts to invent the light bulb.


Recently I had switched Cable/Phone/Internet providers as I often do every few years when my agreement has run its course and the competitor dangles a carrot too hard to resist.


I had heard all about the marvels of “fiber-optics”, its speed and efficiency, so the switch from that old dinosaur Comcast to Verizon’s FIOS would eventually be inevitable as new technology is often hard for me to resist


I had given Comcast 3 tries to maintain the current arrangement and when they refused Verizon was more than happy to not only match the price; they included TV, 3 complimentary months of 43 HBO channels, 33 Cinemax stations, free installation and a $300 gift card.


I asked for a large Sicilian pizza but they told me I was pushing it too far.

Installation went smoothly, holes drilled into the home without striking something or someone unknown, and quickly I was handed a remote with about 30 more buttons than I would ever use.


The hard part is trying to find the 6 or 7 buttons that are my must-haves.


No sooner had the technician vamoosed that I discovered I was beginning to have a problem changing channels.


My first instinct had me check to see if the batteries were installed correctly.


Upon my return, and the remote newly reloaded, I settled in to do some serious channel surfing only to find another surprise; the channels still would not change.


In a little over 1 hour since my new system was installed I was about to embark on my 1st service call.


Too late to have the tech return with another remote, I was assured the replacement would be on my doorstep the following day, and it was.


Some people like the engineering and designing of automobiles, others restoring and repairing.  I am one who just enjoys driving them, some interest in the former but I can handle anything that can be driven.


The same is true with most technology. I can usually find my way around the tech maze, and I am smart enough to carry on conversation with the bestest of geek-gods without appearing totally lost in the woods, but operating the controls is what I find most favorable.


I KNOW HOW TO REPLACE BATTERIES AND CHANGE CHANNELS, THANK YOU VERIZON!

After I have convinced customer service that the new remote is probably not the issue, and that fresh batteries had been installed correctly, and possibly the set top box may be the culprit, I was assured the replacement would be on my doorstep the following day, and it was.


Box numero dos started flawlessly, and without incident for about 4 weeks, then it happened again.


Requesting a personal technician without charge was not happening so replacement box 3 was assured to be on my doorstep the following day, and it was.


“Insanity: doing the same thing over and over again and expecting different results.”


The third time is actually the charm.  No, the channels still did not change but I was assured a free of charge technician would be on my doorstep the following day, and he was.


Eventually the technician, his supervisor and I were able to determine the issue was not with Verizon technology, it was a picture setting on my Vizio TV interfering with the infrared signal, and not the central air conditioning flow, spider webs and the granddaughters’ remote control Stuart Little Car all insisted upon by Mrs. Jaygerardtoday. 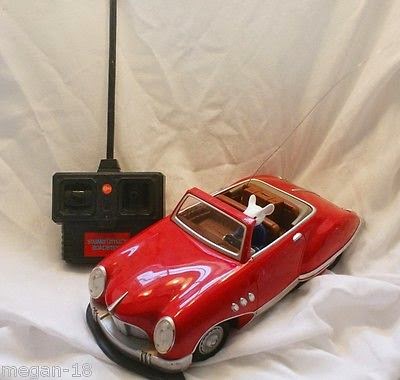 I tell this little story because I wait for another “third-time charm” event to unfold.


A few weeks ago Mrs. Jaygerardtoday had ordered pants for me from the online Freakishly Tall and Big & Husky Boy Men’s store.


I have worn these in the past, they are quite comfortable, but hemming is needed from the factory as our sewing machine had rusted shut decades ago.


Thus far the original shipment arrived hemless, as well as the replacement.


Shipment number 3 is due to arrive in a few days, and I am certain it will too, as promised.


I can only trust that the third time charm principle will apply here, or they will need to send along a seamstress.


I have to go back to BJ’s for some more batteries and I need the pants.