Not too dumb to opt out of Halloween 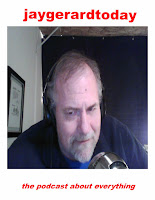 Yes you can do the unthinkable, unimaginable, the impossible.
Opt out of Halloween without a fight.

Check out this episode!
Posted by at 6:39 PM No comments:

The King of Halloween

I can’t believe time passes so quickly. It’s not only my son’s birthday, it’s almost time for the beginning of another season that’s rapidly approaching.


No I am not speaking of Christmas, there is a much bigger picture to behold.

Halloween is on the horizon, and eating season begins, that food minefield where you must navigate through Thanksgiving, Christmas, New Years’, Valentine’s Day, St. Patrick’s &  Easter and leaving you in complete denial when you pass a full length mirror, if you dare to sneak a peek.


You are reminded that you should not have curbed that exercise bike with an attached “Free” sign because you’re going to need it again, real soon.


We once owned a top quality exercise bike. It was strategically placed in our family room, directly in front of the television to help pass the time as our fitness commitment was in full swing.


A few years’ later, when we finally kicked it to the curb, the odometer read “5.3 miles” (5.1 miles were the result of efforts by our son and daughter).


It was sorely missed as the extra wide seat was ideal to hold a pizza box, and the handlebars were made to hang the ironing.


I’ve always hated Halloween, I have been scarred for life from an early childhood trauma.


The spooky costumes, ghost, goblins, zombies and assorted dead-walking were never the issue; it was the taunting during those formative pre-teen years from so-called friends that caused me to flee from the high-fructose overload event.


I always fantasized wearing a realistic Batman costume. Nothing but the ultimate true-to-life would do. I would never wish to dishonor a childhood hero with a cheap store-bought knock off.

I tried to manufacture my own using a black hoodie, a purple eye mask, orange swim trunks and a bat- belt made from a WW II Army ammo belt with an attached canteen and a Wham-0 boomerang.

I knew that wouldn’t work.

That year I had to settle on a quickly put-together Organ-Grinder outfit. I actually just looked like an 11- year- old mustachioed dork holding a cigar box with a crank-handle and a sock monkey.


I vowed that the following year if I could not be Batman I would be something really cool.


Just around the corner Luke and Mary, a newly-wed young couple lived.


They were kind of hip, all the kids could relate to them, and Luke spent a lot of time turning his row home into the scariest place to visit on all hollows eve.


That year Luke had found in one of his Monster magazines instructions on how to apply realistic make up just like it is done by artists in Hollywood.

He decided on the Wolfman and would strategically place himself perched on the first branch of a large oak tree outside his house, ready to hop down and scare the innards out of the approaching porch beggars.


I watched from afar as he successfully frightened all who approached, a good time for everyone.


I asked Luke if he would do the same for me the following Halloween and he agreed.


The following year Luke, true to his word, did a fantastic job and each homeowner visited was equally impressed with Luke’s professional application.

I bragged to all just how great I looked. It was also a boy-girl gathering and I had my radar set on a particular cutie I wanted to get to know.


The only problem was that Luke was not available but he loaned me his instruction manual and the materials needed to complete the task.


Rome was not built in a day, the Panama Canal took 33 years to complete, and a successful application of spirit gum, fake hair and grease paint to complete a realistic werewolf should have been given a little more time than a quick rush home from a Friday school day and be expected to appear professionally monster coiffed in less than 2 hours.

I couldn’t even find my fake fangs and had to wear a pair of waxed lips that were bucked-toothed in the front.


Hair hung in patches on my face and hands. Spirit gum was like a magnet picking up clumps of tissue and assorted trash which connected to my hands.  Strands of glue gave an appearance of cobwebs between my fingers and to top it off my teeth were bucked, not fanged.


The door opened and the mocking and finger-pointing was incessant. I slinked out of there with my bushy tail between my legs.


In retrospect I should have gone as the Organ Grinder.


I still often fantasize about my missed Batman opportunity and swear one day to don the cape and cowl.


I just need to find orange swim trunks that fit.