All around Pennsylvania I constantly see markings on autos, homes and sportswear touting affiliation as an alumni or parent of a Penn State’er.

Regardless of a very embarrassing recent history Penn State still instills a sense of pride among graduates. For many, the years spent there will be the best of their lives.


There is a set-point in everyone’s life that may be considered “our very best years”. This summer just sit by any group at a picnic and listen to the conversations.  For some it was their high school football team, for others their military service, college days, summer camp, beach vacations, Woodstock; you name it.


I never participated in that kind of talk, believing I have no desire to be lumped in with any group longing to be stuck in days gone by. Today and tomorrow have always proved the best for me.


Most people become frozen in a particular decade, even if they profess not. Choices in music, clothing and inflections in their conversation can be a give-away, but hairstyles can be the acid test to identify the truth.


As I travel around I still see some people sporting the ol’ flat-top, others the big hair from the 80’s. I occasionally find the classic “mullet”, after all I do live at the gateway of Pennsyltuckey.


As I mock others I realize what a hypocrite I am, if only my words matched my actions.


This epiphany came about just after my most recent haircut.


I learn to adapt well to most changes however, when I find a doctor, dentist or auto mechanic I like, I am loyal for life; that is until they usually retire, then I sit Shiva, mourning the loss.


The same goes for my barber.


I have had 4 barbers in my life, coincidentally the exact same number as my primary physicians, dentists and auto mechanics. 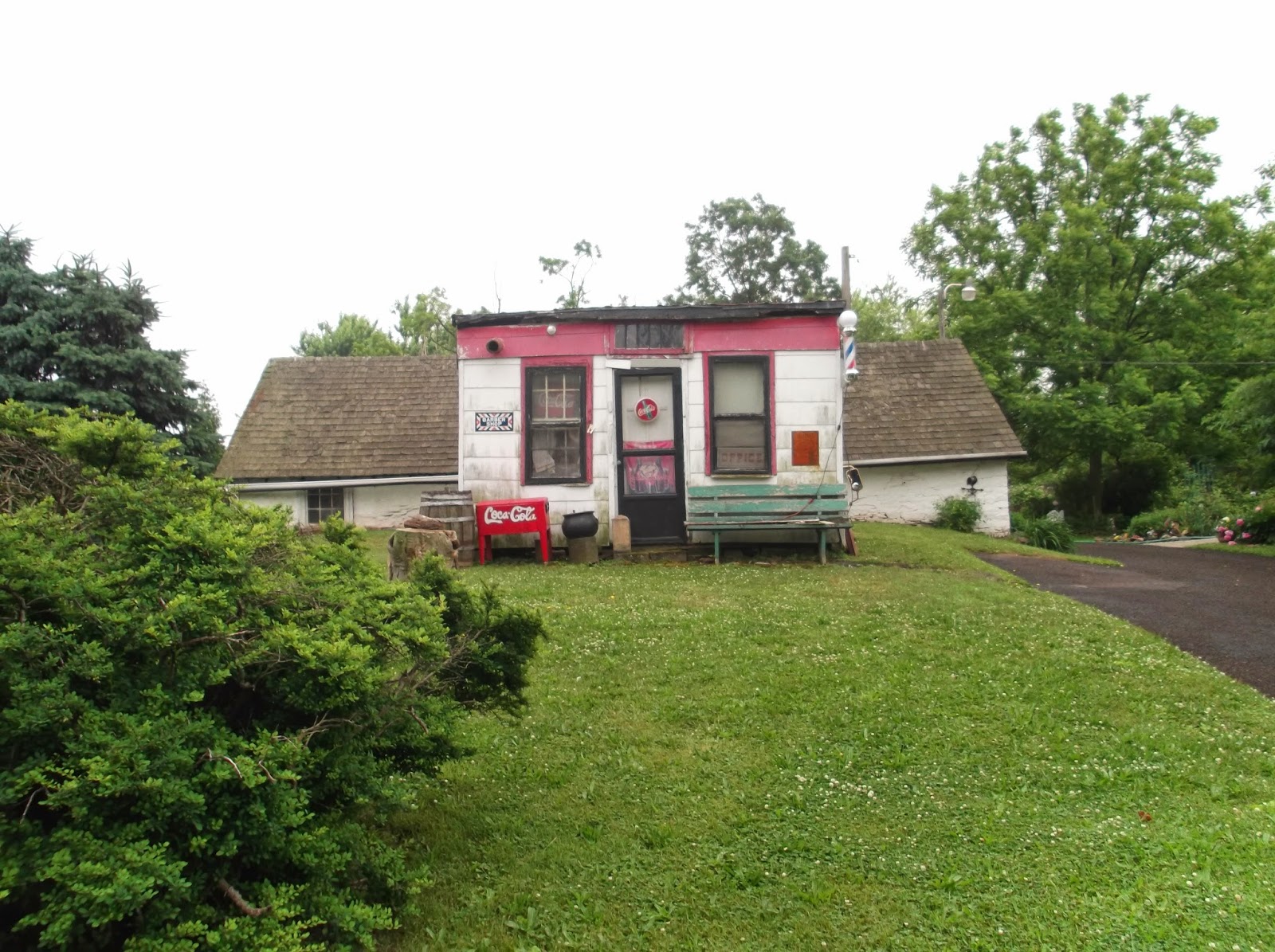 After barber #3, I went on a frantic search for his replacement.  Wanting to support the locals, as much as possible, I came across what appeared to be a converted shed run by a 90 year-old country farmer who has but one style of cut to offer i.e. the old bowl placed on top of the head and let the trimming begin.


Since I wanted something a little more fashionable than the Moe Howard (and my hair somewhat resembles Larry Fine when overgrown) I continued searching until I landed on Vinnie, “Barber to the Mob”.


That same week I was searching, Vinnie turned on the barber pole and opened his door for business.  His establishment had a very unique décor.  Rather than the usual photos of hair styles to choose from, Vinnie covered the walls with movie photos of mobsters.


Vinnie himself has a “mobster-like” voice right from central casting. Very friendly and affable, somewhere deep down you know you have to compliment the cut or else you envision Vinnie telling you that you could be “sleeping with the fishes”.


On every visit Vinnie asks my preference.  My response is always the same; “get rid of the Larry Fine, slight cut all around and make it appear as though I still have some hair. In other words do your best Mojo on me.


When the scissors clipped their last hair, and the big hand mirror is brought out to display the final result, I know I can count on looking like a throwback to the early 60’s; Larry Fine gone.
I now resemble Beaver Clever.

Well at least it is now summer and I can wear a Phillies hat for a few weeks until some hair grows back.

I would say something but I don’t want to disappoint Vinnie, or sleep with the fishes.

Email ThisBlogThis!Share to TwitterShare to FacebookShare to Pinterest
Labels: Carolinian crash of 3/9/15, your set point